Robert Andrew Berdella was born January 31, 1949 in Cuyahoga Falls, Ohio. He spent the first 18 years of his life here. During this time he was allegedly raped by a man he worked with at an Ohio restaurant, and first saw the film the Collector which he claims had an impression on his killings later in life. In 1967 at the age of 18 Berdella would leave Ohio and enroll in the Kansas City Art Institute.

Once Berdella was in Kansas City his influence and legend began. He didn’t complete college due to his own ego and run-ins with the law. In 1969 Berdella was arrested for selling amphetamine, LSD, and marijuana. This was also the same year he bought his house on 4315 Charlotte Street in the Hyde Park neighborhood, in mid town Kansas City.

Throughout much of the 1970’s and into the 1980’s, Berdella worked as a short order cook, occasionally sold or traded drugs, worked with troubled youths in the community, and opened up his booth, Bob’s Bazaar Bizarre at the Westport Flea Market. He even helped launch the Hyde Park neighborhood coalition and organized charities for local television stations. It wasn’t until 1984 that Bob Berdella would start his murderous endeavors. 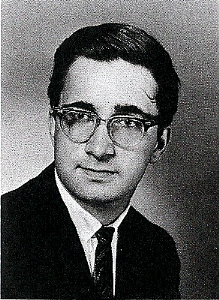 In the 1980’s Bob decided to run his booth Bob’s Bazaar Bizarre full time. The booth was known for its unusual tastes; he sold human skulls, occult books, jewelry, and many other novelty items. It was here that Bob met his first victim, Jerry Howell, the son of another flea market patron. Howell disappeared July 5, 1984, no one had information on his whereabouts but it was known that he had been associating with Berdella and some family members believed Bob had something to do with the disappearance. Howell was drugged with tranquilizers, bound, gagged, and sodomized for weeks. Berdella would eventually tie him upside down in his basement and cut slits in his body in order to drain the blood. This led to Howell’s death by asphyxiation.

Berdella would be quiet for a while not finding another victim for almost a year. His next victim, Robert Sheldon would disappear April 10, 1985. Sheldon was an acquaintance of Bob’s and was injected with drugs for the intention of keeping him for his sexual perversions. Sheldon would eventually fall victim to Bob’s torture as he was dismembered in a bathtub and taken out with the weekly trash.

1985 was Berdella’s most active murder run as he would kill a total of three young men. His first victim of the year was Robert Sheldon, his second was Mark Wallace. Wallace was a victim of wrong place at the wrong time. He wasn’t a drug abuser or male prostitute, just individual who helped Bob with some yard work. After a storm erupted, Wallace sought shelter in Berdella’s tool shed. Bob invited him inside, and this would be the end for Mark Wallace.

The third and final victim for 1985 would be James Ferris. Ferris was a friend of Berdella’s and his death was different from everyone else’s. Bob had a motive for killing Ferris; it wasn’t a spur of the moment action. Prior to Ferris’ torture and death he and his wife had stayed as house guests to Berdella. While Bob was away Ferris and his wife had vandalized his house and stole his drug supply. Berdella would later run into Ferris and invite him back to his house for a drug session. This would be the end of James Ferris’ life.

Bob wouldn’t find his next victim for another nine months. In June of 1986 Berdella would invite Todd Stoops, a male prostitute he had known for a few years, back to his house. Like all the previous victims Berdella would drug and torture Stoops for weeks and dispose of the body as he had done the rest. After Stoops’ death Berdella would wait another year before finding his next victim.

In June of 1987 Berdella would bail out of jail his old friend Larry Pearson. He then drugged and tortured him for six weeks. During this time Bob attempted to make him his love slave. According to medical records Berdella would frequent the hospital to get the tip of his penis re-attached; it was evident that Pearson had bitten it off. Berdella would then suffocate Pearson to death with a plastic bag, dispose of his body, and bury his head in the yard.

Lastly, almost another year later, Berdella would find his final victim. On March 29, 1988 he picked up male prostitute Chris Bryson. For 5 days he kept him drugged, tortured, and sodomized him. Eventually while Berdella was at work, Bryson would free himself by burning through ropes and jumping out of the second story of Berdella’s Hyde Park home. Bryson fled the property butt naked wearing nothing more than a dog collar. Fortunately a meter man was across the street and notified proper authorities.

When the police searched Berdella’s home they found detailed torture logs, mass amounts of Polaroid’s, torture weapons, and human skulls. Berdella was taken into custody and in a plea bargain for life in prison; he gave full confessions to his killings. This kept him from receiving the death penalty which the families of the victim’s were unhappy about. Berdella would eventually die in prison of an alleged heart attack on October 8, 1992. 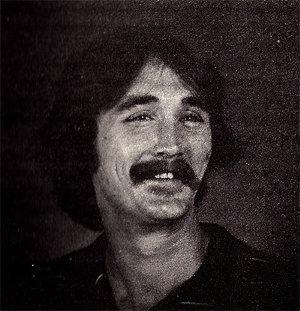